The NT is a strategic location for defence in an important part the Indo-Pacific region from an economic and regional stability standpoint. With a significant army, navy and air force presence in the NT, defence continues to be a consistent contributor to economic activity, providing stimulus to local businesses and supporting regional employment.

The 2020 Defence strategic update and the 2020 Force structure plan reinforces the importance of the Territory to Australia’s national security, with over $8 billion in infrastructure to be invested in the Territory over the next decade.

The local Defence population (including personnel and their families) is estimated at about 12,000 people. Defence personnel generally move to the NT on a two to three year posting, many with their partners and children, thus contributing to regular population turnover in the NT.

All three ADF services (army, navy and airforce) have multiple northern Australia bases. The army operates from Larrakeyah Barracks and Robertson Barracks; the navy is based at HMAS Coonawarra; and the air force has RAAF bases Darwin and Tindal in the NT. 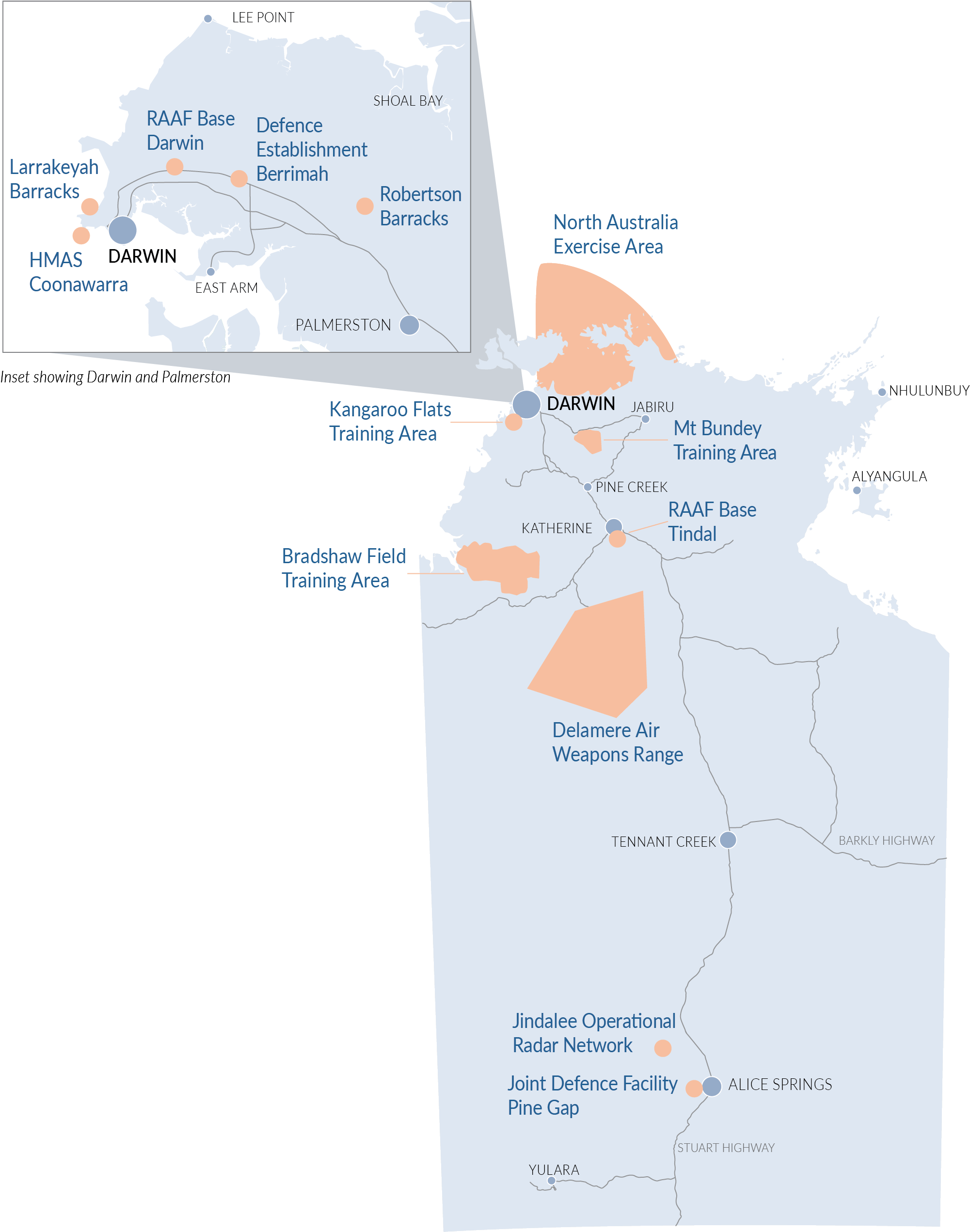